Wondering for how to get Map Fragments in Destiny 2’s Season of Plunder, getting Destiny 2 Map Fragments and Treasure Coordinates by playing the new Ketchcrash action and playlist exercises during Season of Plunder is fundamental if you have any desire to create Treasure Maps and get yourself some additional plunder. Likewise with any Destiny 2 season, there are heaps of new monetary standards and assets to procure and spend, so knowing the ins and outs will assist you with plundering effectively to open the new privateer themed weapons and shield as fast as could really be expected. Beneath, you’ll find every one of the subtleties on how you can get Map Fragments and Treasure Coordinates in Destiny 2 Season of Plunder.

Map Fragments only come from completing Ketchcrash missions. The Ketchcrash is you taking your Pirate Crew against one more Fallen transport, boarding them, and taking their belongings. It’s an action you will finish all through the Season of Plunder, where a fireteam consisting of six Guardians will lead these assaults. The course of these assaults centers around you attacking with your boat, boarding the foe, fighting their group, and afterward taking on their captain. 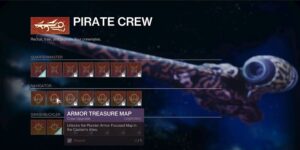 Toward the finish of the commitment, you ought to have a nice measure of plunder added to your boat, alongside Map Fragments. You will actually want to utilize these Map Fragments on your Captain’s Atlas, alongside Treasure Coordinates, to limit the area of lost riches. You will accept your Captain’s Atlas during the Sails of the Shipstealer journey.

How to Use Map Fragments in Destiny 2

You can’t utilize Map Fragments on their own in the game. Instead, Map Fragments work close by Treasure Coordinates. These two monetary standards work with your Captain Atlas to make a Treasure Map. With a Treasure Map close by, you can now leave on hunting down lost treasures. 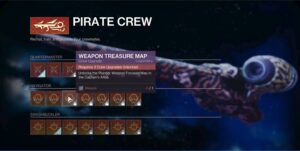 How to create Treasure Maps in Destiny 2

Now that you have some Map Fragments and Treasure Coordinates, you’ll need to utilize them to create a Treasure Map to get reward plunder in Expedition missions. To create Treasure Maps, you’ll require a mission thing known as the Captain’s Atlas, which is granted by starting the ‘Sails of the Shipstealer’ seasonal questline from the Star Chart in the HELM – you should finish the ‘Ahoy and Aweigh’ introduction journey before you can begin Sails of the Shipstealer!

Find the Captain’s Atlas under your Quests tab in the Director, inspect it, and afterward make a Treasure Map. While choosing a map to make, you’ll have the option to see the prizes the map offers, as well as what it expenses to create. The Basic Treasure Map costs just five Map Fragments and 50 Treasure Coordinates.